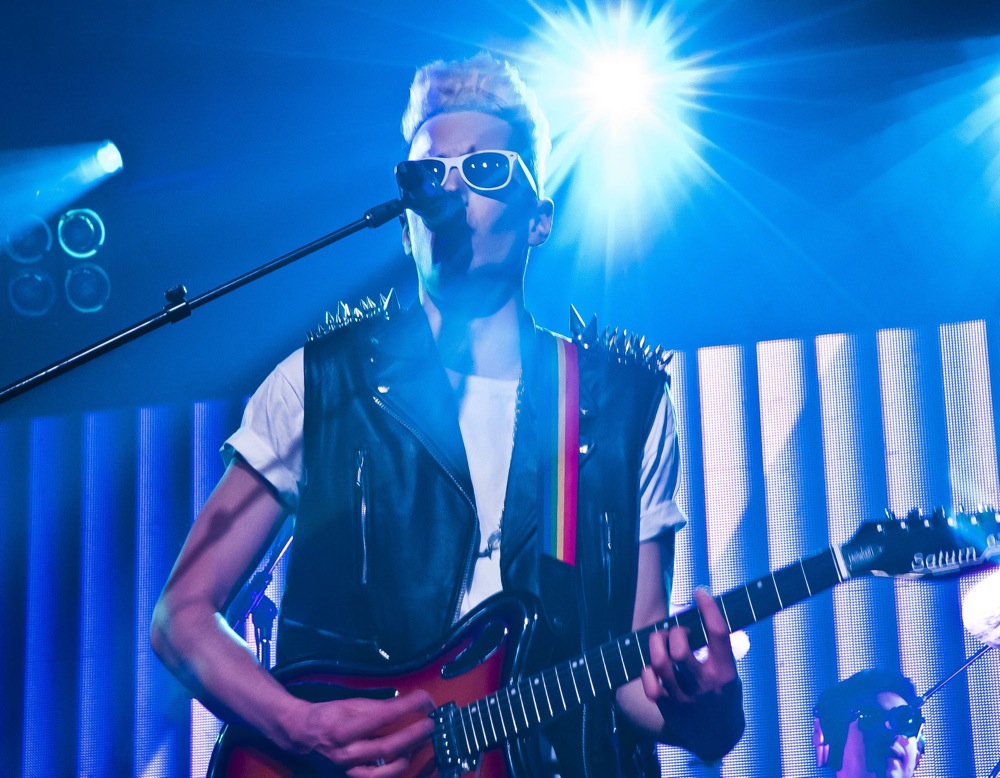 Diamond Rings, the creation of John O’Regan, is of another era.

With a chilly facade and distinct baritone, his set was by far the most theatrical of the night; one of many headliners of The Indies on Friday March 23rd. Blasting across the stage with powerful synths, an electric six string and a white tee, the stage contrast was evident. Fashioning a sleek look of Bowie and Vanilla Ice, O’Regan’s conviction strangely that of an ’90s boy band hopeful, albeit a sexually ambitious one, especially when uttering such sugary sweet lyrics as, “one, two, Iet me love you.” By design, his newly recruited backing band was doused in dark shades, a symbolical ying and yang of visual minimalism.

Whatever the case, O’Regan was still front and centre, with a passion that oozed from his physicality, a choreography of arms reaching for the sky and kicks flying freely. It’s hard to decipher what the crowd took away from the half-hour set. Was the glam friendly pastiche too much for indie denizens to sink their teeth into? Certainly his polished pop/rock preening was something to admire, if not behold. Like the diamond in his name, O’Regan’s future looks bright. At least in my books.