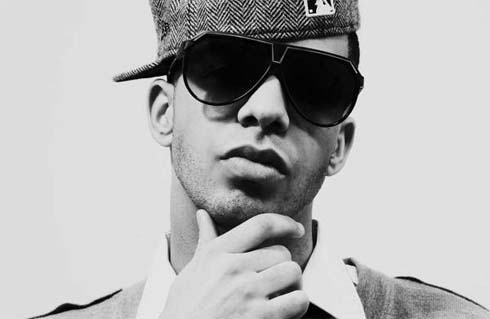 Toronto weekly the Grid was all over touting the city (well, actualy in truer Canadian fashion, more so putting the idea out there but not actually claiming it) as the world’s best place for music. Word got around to our friends down south and New York Times confirmed that yes, indeed, Toronto is the best and, is possibly, having a Seattle moment, but we don’t have the balls to back it.

Drake, Austra, the Weeknd, Fucked Up and Fiest found themselves on the tops of international best of 2011 lists and for good reason: they are (some of) our city’s best. And I don’t know why we’re so shy as a city (a somewhat pretentious city at that, making this that much more disconcerting) to admit it, nor do I know why in the past few days several articles have surfaced suggesting it. Take a walk into any local record store (we like Sonicboom!) and you’ll find people purusing records, making small talk about last week’s shows and walking out with hardcopy vinyl in hand. Maybe the same people every time, but people. However, there’s a divide.

There’s no new information to these musings, but I will ask you this: If Toronto isn’t your scene, why the heck are you here? As a city we are getting recognition, but overall we’re our own worst enemies. We’re music lovers but passive at best and neither bands nor fans are very good at promoting the tunes oozing out of our pores. TMS receives countless emails from bands who sometimes don’t even mention the name of their band and on occasion we’ve offered free tickets to shows that no one has entered to win. Our relationship with music within our own city bounds is the real concern. The sooner we realize this and change it the better. Aren’t you tired of being part of a city that hesitates to recognize it’s own talent? And, more significantly, fails to promote it, fails to support it? The States give us Grammys yet we mock our own Junos. We take over interntaional charts yet our own record stores go out of business. Thousands go out during festival weeks, but few otherwise. New York Times reporter Adam Sternbergh (initially of Toronto) ends the article with noble advice:

I’d argue also, do something about it!

Why is it so hard for us to attend shows? Why is the NYT’s telling us to get our freakin act together? My suburban family members hold no restraint in quizzing me on American Idol contestants and asking my opinions on Adele records. Why can’t we wear the sweaters of normal music listeners who are passionate about what they’re listening to, who buy records, and who talk about those records? The only name my Aunt likely knows from our best of lists is Drake and maybe I’m part of that problem. Maybe I too should be talking more about it. Maybe even me, the editor of a music site, could be doing more to support it. Maybe we need to make more mix tapes. Buy more music as presents. Take our dates to concerts. Maybe it’s Drake’s fault – is he shining no light on our city? Here’s a clip of Drake suggesting maybe.

But no. We all know it’s not Drake’s fault. If it were, NYT wouldn’t close its arguments with his video (below). And if we are having a Seattle moment, are we but to fade away? And is it then being suggested that Drake is our Cobain? I think not, but here’s the vid regardless.

And in the interest of good shows, here are some happening tonight:

Real Estate and the Babies w/Actual Water
Lee’s Palace | 19+ | Sold out, but give it a shot!